The Fantastic Fan fitted from the factory proved to be too noisy for our use. This was a cheaper option with three speeds. Even the lowest speed was too loud for our taste. The end of season sales allowed us to purchase a replacement 10 speed fan with an automatic feature based on an internal thermostat. The fan also has a rain cover. The MaxxFan 7500K. This fan can automatically increase speed (and noise) as the temperature increases above the trigger point (default 76F). So it starts off quiet. You can leave it open in the rain too. We chose the smoke color as it it matches the existing fan color. Less noticeable. 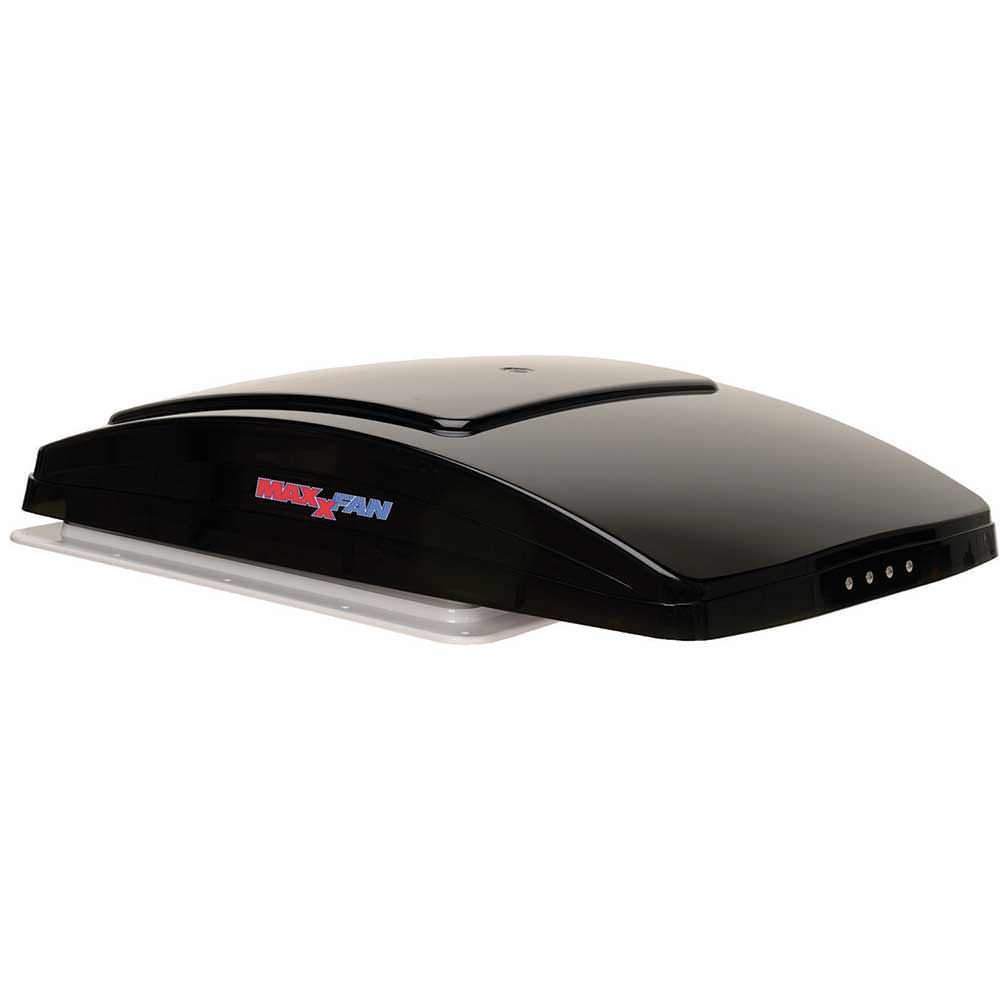 Removal of the original fan was easy apart from the time consuming part of removing the existing sealant (Dicor LAP sealant). Installing the new one I used some Butyl tape between the fan and the roof and then sealed around the fan and over the flange with a whole tube of Dicor LAP sealant.

Using the existing interior trim, which just fits, allowed the continued use of the existing blackout screen.